Attempts On Her Life

Who is Anne? Left with only a red bag and a few fragments, five young women attempt to tell the ultimate story of our time, through the faceless entity of Anne, Annie or is it Annushka?  These women’s attempts send them ricocheting around the world from Paris to Africa in search of the perfect story.

This production took seven scenarios from this 17 scenario epic.  Attempts on Her Life explores identity and consumerism in a media-driven world.

Karma is a lighthearted look at the notion of divine justice.  Des, a young man with a lengthy list of pet peeves, is frustrated by the world around him until a series of coincidences begin to make him wonder if he isn’t a one-man hotspot of karmic retribution, while his devoted but long suffering girlfriend, Ciara, becomes more and more worried about his mental stability.  Things come to a head when a major event pushes Deb to question if he really wants to see karma unfold all about him. 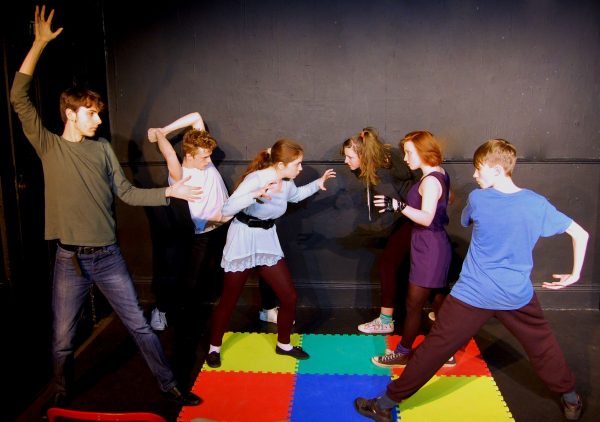