We’re VERY excited to welcome film-making duo and friends of DYT, Christine Molloy & Joe Lawlor – Desperate Optimists – to Ask The Pro on Wednesday, June 17 at 7.30pm. Asking the questions is Fianna. ⚡ ALL WELCOME TO JOIN – not just members (and not just Dubs!) ⚡

Born in Dublin,  Christine Molloy and Joe Lawlor studied theatre in the UK in the late 80s at Dartington College of Arts, graduating in 1992. From 1992 to 1999 they devised, directed and performed in six internationally acclaimed touring theatre shows under the company name, desperate optimists, before shifting their attention towards moving image based work. Between 2000 and 2003 they directed a number of episodic, interactive works for the internet, and large-scale community video projects for galleries. They also directed a Big Show!

Between 2003 and 2010 Molloy and Lawlor, produced, wrote and directed 10 acclaimed short films, under the title CIVIC LIFE. HELEN, their debut feature film, premiered at the 2008 Edinburgh International Film Festival before screening at over 50 film festivals worldwide. Their acclaimed second feature film, MISTER JOHN, features Aidan Gillen (Game of Thrones, The Wire). They live in London with their daughter.

If you’d like to find out more about them and their work, there’s an article HERE at British Film Institute, with links to their work.

Join them on Wednesday for the penultimate session of Ask The Pro, discussing their “radically communitarian” approach to filmmaking, their DYT past and what the future holds in this brave new world of ours.

To join the session, email Graham by 4pm on Wednesday and he’ll let you in at 7.30! admin@dublinyouththeatre.comcreate new email

Submit your question/s via email in advance or be prepared to ask them using the zoom chat on Wednesday.

To allow for a quality questioning and answering experience, spaces are limited, so it’s first come first served!

ABOUT opens in a new windowASK THE PRO

DYT members – present and past – and friends are invited to join us, from the comfort of your own home, for a series of weekly Question & Answer sessions with experienced theatre professionals.

Each week, special guests (many of whom are ex-DYTers) will tell us a little bit about their journey, how they got to where they are, who and what inspired them, the challenges they faced to make it and what they’re up to these COVID days.

If you’ve got a question about theatre, being (or becoming) a theatre professional, now’s your chance to #askthepro. 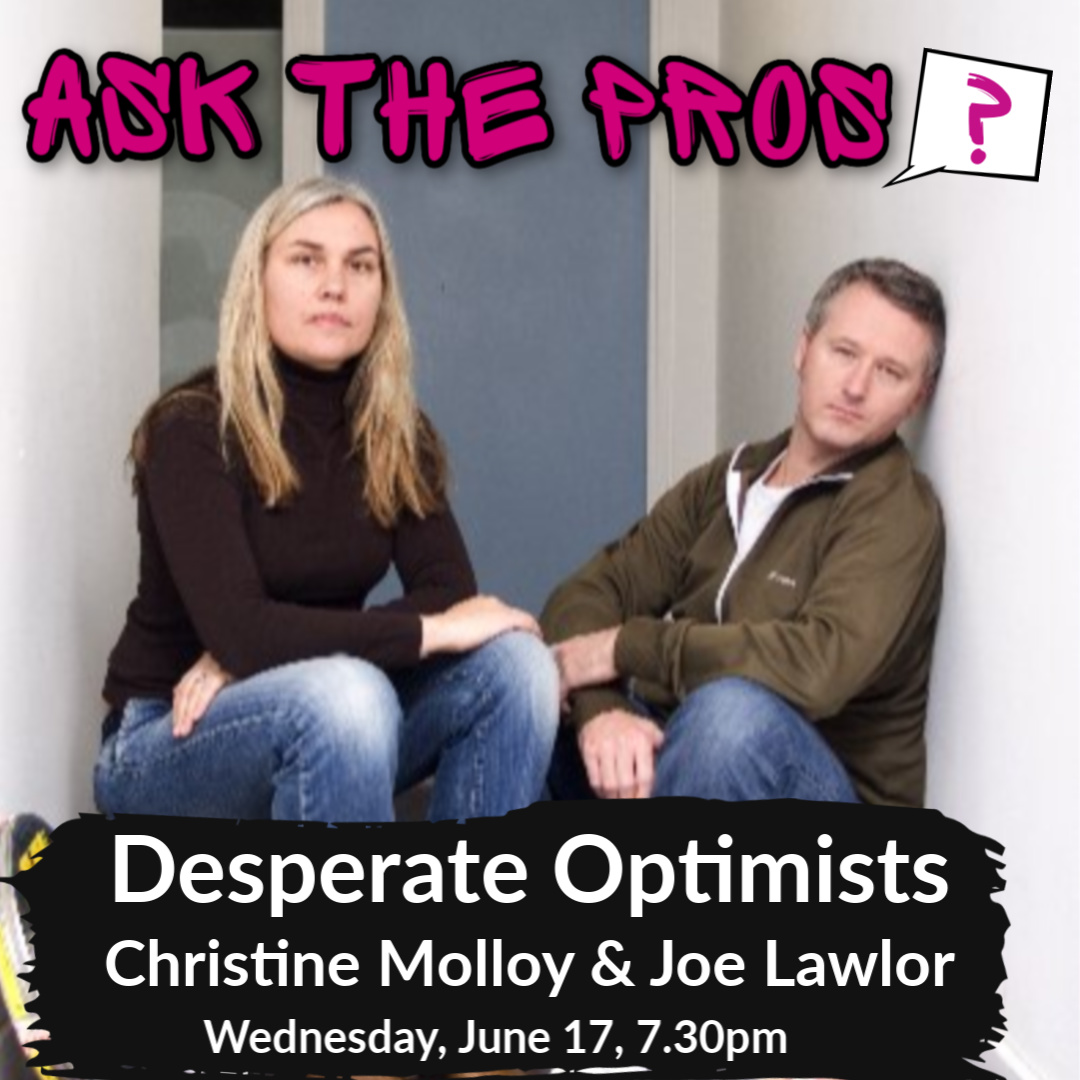