Dublin Youth Theatre was delighted to partner with Pan Pan Theatre for the revival of their award-winning production of The Rehearsal, Playing the Dane at the Abbey Theatre in May 2018.

There’s something strange in the neighbourhood of contemporary Denmark. Who are you going to call? That is the question.

In Pan Pan’s purgatorial presentation of Shakespeare’s classic tragedy, you the audience are faced with a choice: who is going to be, or not to be, Hamlet?

Actors compete to play the title role but as we enter the graveyard world of this icon of individualism can anyone escape playing the Dane? Aren’t we all the main part?

Highly innovative and visually breathtaking, this is an audacious and irreverent riff on Hamlet that does not so much update or deconstruct the play as explode it. Playing fast and loose with our familiarity and expectations, the onstage Director rations out Shakespeare’s text, knowingly excavating its layers in a series of theatrical devices and conceits that focuses the large cast, and the audience, on the existential plight of its characters.

Even the stage is a Hall of Mirrors and the play-within-a-play, enacted by a troupe of Dublin Youth Theatre members, is Hamlet itself.

“I ain’t afraid of no ghost” Hamlet 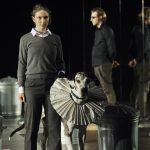 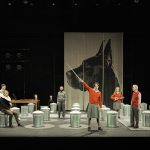 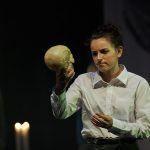 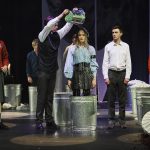 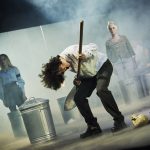 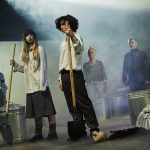 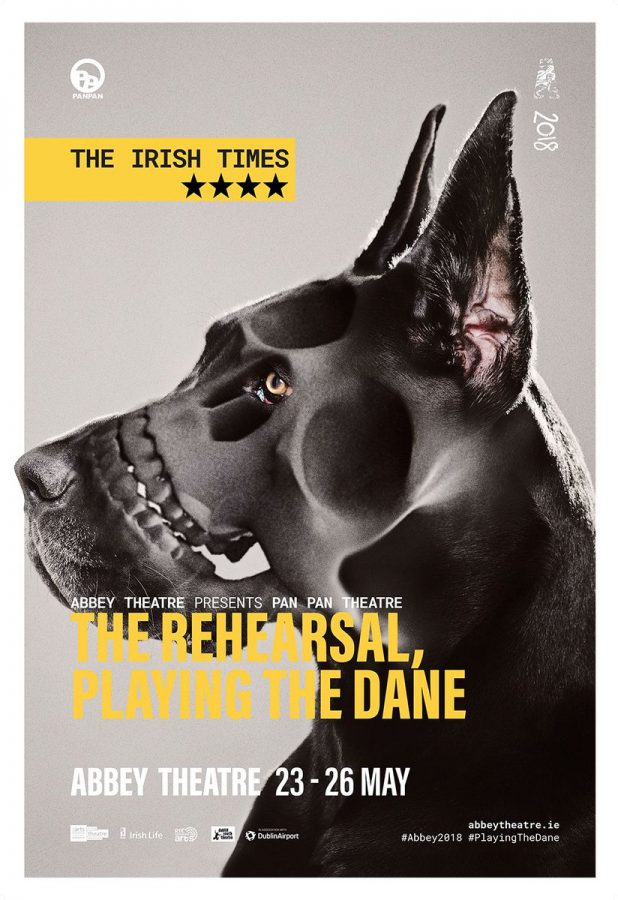