This workshop will be about Improvisation, a core skill for all actors,
film and theatre makers. We will focus on how to become confident
while improvising scenes, learn how to use improv to spark ideas for
scripts and how to break the fourth wall and include the audience in
your performance.

Bio: Ailbhe Cowley is a versatile actress and has played diverse roles.  She was
cast in a Principal role in the Award winning feature, The Other Lamb
Directed by Malgorzata Szumowska which  Premiered at TIFF, London Film
Festival and The Cork International Film Festival.
Ailbhe is a Dublin based actor with a love for comedy and has performed
her brilliant One Woman Show – Kracked in numerous venues around
Dublin.
She graduated from the full- time professional actor training programme at
The Gaiety School of Acting in June 2017 and prior to that was a member
of Dublin Youth Theatre from the age of 14.  Ailbhe has been involved in
many productions including R.S.V.P (Coney Theatre Company) and Rising
directed by Tom Creed.
She also performed in True Pirates Never Die, written by Lee Coffey and
directed by Aoife Spillane-Hinks and played the
Witch/Ross/Messenger/Gentlewoman in MacBeth for the Mill Theatre plus
Cordelia/The Fool in King Lear (Smock Alley and tour).
She recently completed a 3 month shoot on a Production which will be
announced shortly. 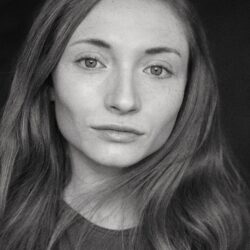